SSOs v. Silos and the “Quality of Innovation”

The paper “The increasing complexity of 5G technology: is this an issue for competition?” (Parcu, P.L., Innocenti, N., Carrozza, C.) will be presented at the 9th Conference on the Regulation of Infrastructures (25-26 June, 2020).

The debate regarding the 5G development, implementation and disruptiveness is gathering growing attention. This infrastructure will provide the basis for digitisation in many areas of our lives, hence influencing a broad spectrum of sectors. The full realisation of the Internet of Things (IoT), which is often addressed as the next Industrial Revolution, rely on the 5G development. IoT can be described as a globally distributed network (or networks) of physical objects that are capable of sensing or acting on their environment and able to communicate with each other. At present, its adoption is accelerating across different sectors (transportation, manufacturing, agriculture etc.) where an abundance of smart, connected devices and platforms integrated into a wide range of applications are emerging.  Interoperability emerges as a key concept in the current policy debates concerning the digital economy, since the expected benefits of the Internet of Things and Industry 4.0 hinge on the smooth “communication” between networks, software and data.

On the other side, however, the current panorama sees a handful of companies being actively involved in the 5G standards development, with the Chinese Huawei holding the largest declared 5G portfolio, followed by the South Korean companies Samsung and LG and the Finnish company Nokia. Qualcomm and Intel are the largest US companies holding declared 5G patent families and Sharp and NTT DOCOMO are the largest Japanese ones.

While IoT adoption is maturing in Europe, with IoT industry’s spending estimates reaching € 127 billion in 2019, the debates related to the 5G leadership are on fire on both sides of the Atlantic. Key concerns emerge because of the growing complexity of the 5G technology which may act as a barrier to the new entrants and because of the huge amount of resources needed to access the growing numbers of patented technologies involved in the development of the 5G.

In this respect is not already clear how many actors are really holding the necessary capabilities and how difficult may be to obtain or to have access to them. These aspects may have also policy and strategic implications both in term of geopolitics and industrial competitiveness, not to mention in terms of national security.

The paper will address the complexity of the whole ecosystem of the new technological and business environment of 5G markets and the related implication for regulation, competition and innovation. Following the growing literature on the economic complexity and particularly the knowledge or technological complexity the paper will address the complexity of the 5G technology, thus investigating the issue related to the difficulties to access this technology, that might lead to increasing barriers and to a sort of oligopoly with few actors around the globe developing and holding the key to 5G. 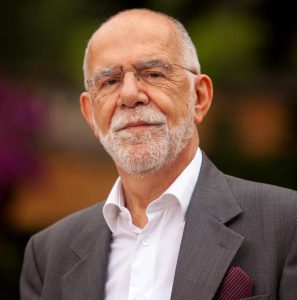 Pier Luigi Parcu is part-time Professor at the European University Institute (EUI) from 2010. He is currently Area Director of the FSR Communications & Media, Director of the Centre for Media Pluralism and Media Freedom and Director of the Florence Competition Programme in Law and Economics.

Since 2004 he has been Chairman of a consultancy company specialised in antitrust and regulatory issues. From 2000 to 2003, he was CEO of the Independent System Operator running the Italian Electricity Grid (GRTN). From 1991 to 2000 he was the Director of Investigation at the Italian Competition Authority (AGCM) in charge of several regulated sectors. Previously, he served as Chief Economist at the Italian Security and Exchange Commission (CONSOB) and as Economist at the International Monetary Fund (IMF).

He holds a Ph.D. in Economics from the University of California at Los Angeles (UCLA). His research in the area of industrial organisation and law and economics focuses on the interaction between regulation and antitrust in shaping firms’ behaviour. As regards research in the media and Internet areas, Professor Parcu’s interests focus on the effects of ownership concentration and internal governance of the media enterprise on pluralism and freedom of expression and on the influence of offline business models on new economic developments related to online platforms, smart cities and artificial intelligence. 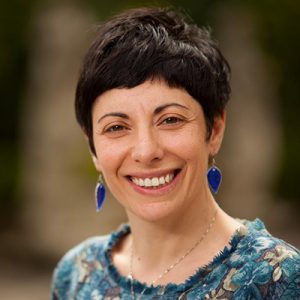 Chiara Carrozza joined the RSCAS as full time Research Fellow in January 2018. Her professional trajectory developed in between the private sector and academia, including project management, consultancy and policy-oriented research for central and local public administrations (2004-2011) and academic research and teaching (since 2005).

She has substantial expertise in the regulation of local public services (with a particular focus on the water sector) and in the field of EU STI (Science, Technology & Innovation) policies (with a particular focus on HE funding and research networks). Among her research interests: digital data, disruptive technologies and emerging modes of innovation associated to ‘open design’ approaches. 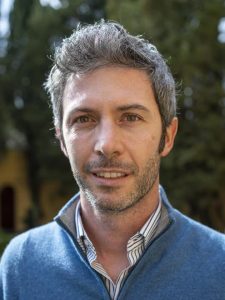 Niccolò Innocenti joined the EUI as research associate in February 2020. He completed his PhD in Economics at the University of Florence in 2015 where he has worked as a pot-doc fellow in Economics for four years.

He worked on themes of relatedness and related variety between technologies, investigating the role of technological and industrial diversification in favouring the innovative and economic growth of countries and regions that are published as articles in renowned scientific journals (among others Small Business Economics, Industry and Innovation and Papers in Regional Science)

His research interests deal with the role of cognitive and geographical proximity for economic development, growth, competitiveness and resilience according to Evolutionary Economic Geography approach, other recent interests are connected to the Economic and technological  Complexity.