Interface between competition law and personal data: challenges and possibilities

The paper "Interface between competition law and personal data: challenges and possibilities" (Batura, O.) will be presented at the 5th Conference on the Regulation of Infrastructures (24 June 2016).

The paper “The paradox of setting targets – The case of NGN deployment in Europe” (Parcu, P. L., Rossi, M. A.) will be presented at the 5th Conference on the Regulation of Infrastructures (24 June 2016).

Internet and its connected innovative technologies are fostering the digital economy and society, one of the main objectives of the European Union and by consequence of the new European Commission. In fact, the deployment of Next Generation Networks (NGN) to ensure specific targets in terms of availability and adoption of fast and high quality Internet connections for European households is one of the main pillars of the Digital Agenda for Europe (DAE) 2020. In spite of the relatively wide set of policy tools put in place at the European and national level, profound differences in terms of broadband coverage and adoption do however persist across member States. These disparities have largely contributed to a feeling of dissatisfaction for the level of investment in broadband networks in Europe.

The European Commission, also with the support of a public consultation, is tackling the issue. This paper will focus on a particular approach the European Commission could use and which could open a number of debates and questions: the setting of targets.  These are the meta-instruments preceding the implementation of more traditional policy instruments, such as national plans, sector-specific regulation, competition policy and direct public intervention. In particular, the paper aims at exploring the impact of setting future targets for ultra-fast broadband, also considering the opportunity, and the risks, of formulating targets that specifically favour higher performing technological solutions, i.e. FTTH, which enables connection speeds well above 100 Mbps, over others, i.e. cable, copper, wireless technologies or a mix of them.

The reason why broadband targets of the kind that have so far been set at the EU level deserve a special attention is that, being voluntary and non-binding, they may appear relatively innocuous. Yet, they are susceptible of driving the direction of future policies and consequently investment to a significant extent. Targets influence each of the policy tools that have so far played a role in broadband promotion, particularly national broadband plans, regulation and public investment. These policy levers, in turn, exert material effects on competitive dynamics and incentives to invest of private operators.

However, targets inspired by political desiderata shape both private and public operators’ expectations in ways that are not necessarily compatible with the very objectives that those targets are meant to pursue, even if they do not involve strict enforcement or commitment of public resources. First, private operators’ expectation that public resources will be found, sooner or later, to back the EU-level targets may result in a waiting game, whereby private investment may be delayed even in areas where a business case would otherwise exist, because to wait promises to deliver benefits in terms of a public subsidy that substitutes in part for private investment. This may give rise to sub optimal results from the perspective of the DAE objectives from two, equally troubling, perspectives: either investment does not happen at all, or it follow too late, in case of scarce public funds; or investment occurs, but simply with public money crowding out private investment.

The effects of targets on public decision-makers’ expectations and policy choices in the heterogeneous EU member States may be equally problematic. To bring concrete results, ambitious targets should find support in significant amounts of public investment. An outcome where public investment increases substantially is, however, not only relatively unlikely, but also by and large undesirable, since public investment, as is well known, carries a concrete risk of crowding out or else distorting private investment.

Moreover, higher targets would induce public decision-makers to make possibly misguided choices as regard the trade-off between coverage and performance. In particular, uniform targets focusing public investment on ultra-fast broadband technologies almost automatically reduce coverage, because more resources are required to meet the targets in any given area. Finally, there is a risk that far-reaching targets induce public investment to be biased towards supply-side policies, at the expenses of demand-side policies, so that coverage would be promoted at the expenses of adoption. Since, however, it is actual use of technologies rather than availability of networks per se that generates social welfare, it is doubtful that this outcome can be considered truly desirable.

Finally, moving to how targets are set, the soft law nature of voluntary targets entails that their decision making process is often extremely simplified, at least if compared to the lengthy process of legislation. Sometimes, to take a decision, it is considered sufficient to undertake a rapid, even relatively informal, consultation of the stakeholders and some minimal information gathering. Clearly, however, such an informal process is exposed to risks, if the analysis is rapid but superficial, that the targets may easily turn out to be unreliable or unrealistic. Furthermore, in this instance, the very fact that whoever is setting the targets does not have to carefully plan their practical realization, may backfire by worsening the credibility of all the process. Moreover, also in cases where concrete indicators of achievement, i.e. the ultimate benchmarking, are left to the final actors, the member States, setting unrealistic targets, may introduce a bias that is difficult to overcome at a later stage.

In conclusion, a soft industrial policy in favour of the development of the NGNs throughout Europe can be certainly considered a worthy policy objective, but its concrete declination and application must pass all the necessary examinations of economic rationality and industrial realism and setting targets might not be the best solution. 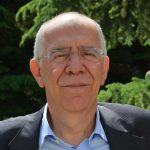 Pier Luigi Parcu is currently Director of the Centre for Media Pluralism and Media Freedom and Area Director of the FSR Communications & Media. He is also Chairman of a consultancy company specialized in antitrust and regulatory issues of network industries. From 2000 to 2003, he has been CEO of the Independent System Operator running the Italian Electricity Grid (GRTN). From 1991 to 2000 he was the Director of Investigation at the Italian Competition Authority (AGCM) in charge of several regulated sectors. Previously, he served as Chief Economist at the Italian Security and Exchange Commission (CONSOB) and as Economist at the International Monetary Fund (IMF).

He holds a Ph.D. in Economics from the University of California at Los Angeles (UCLA). His research in the area of industrial organization and law and economics focuses on the interaction between regulation and antitrust in shaping firms’ behaviour in network industries.

Presentation given by Virgina Silvestri