The 24th Conference on Postal and Delivery Economics organized by our colleagues of the Communications & Media Area of the Florence School of Regulation, in collaboration with the CRRI Centre at the Rutgers Business...

In retrospect (more than two decades), we should be able to have a better view on how to proceed to de- and re-regulate, privatize and liberalize network industries. Notably, what is the appropriate dynamics of regulatory reforms?

No consensus emerges yet. Typically, on one hand, the OECD stated that “one core element in any reform package is the introduction of fair rules of the game in a newly privatized market for public services including the establishment of independent, competent and credible ad hoc institutions”(Goldstein 2002). On the other hand, Wallsten (2003) explained that the privatization of large monopolies prior to the implementation of a regulator has been a key element for the success of the reform since it helps facilitating competition. Indeed, some governments sometimes have given exclusivity periods to the privatized monopolies, so, they can make higher profits through efficiency gains before introducing competition. Traditionally, an independent regulator is seen as a way to increase efficiency of the incumbent monopoly prior (or even simultaneously) to its privatization in order to “avoid opportunistic behavior and to serve as a guarantee for investors against the risk of expropriation” (Spiller, 1993). But, evidences showed that it has not been applied in all countries. For instance, in our sample of MENA countries, introducing privatization before the establishment of IRA took place in: Bahrain, Qatar, Sudan and United Arab Emirates.

From an empirical point of view, almost no paper has addressed this issue of the optimal dynamics of reform and its impact on the industry performances. According to our knowledge, only Wallsten (2003) and Fink et al. (2003) explored those dimensions. Thus, this paper is a first attempt to test the effect of telecom reform sequences on sector performance in MENA countries, as a group of developing countries.

To test the effect of reform sequences on telecom performance, we use a panel dataset of 17 MENA developing countries from 1995 to 2010 for the voice market in fixed and mobile segments. We estimate the model by IV-2SLS (Instrumental Variable – Two Stages Least Squares) estimation procedure while accounting for the endogeneity of reform policies. Telecom reform sequences include: Regulation-Privatization and Regulation-Competition sequences[1]. And the telecom performance has four dimensions: access, affordability, productivity and quality. The regression takes the form:

Where Yit  is one of the performance indicators we have chosen to consider.Ritis the reform variables and the reform sequences variables. Xit is a vector of control variables (GDP per capita and Population density), Ztare year dummies and uit is the disturbance term. The equation is estimated for each of the dependent variables we consider here.

In fact, the reform sequences are far from being exogenous. For instance, the level of performance in place could shape the sequence by which different reforms are introduced in the market. Thus, our analysis deals with this problem by endogenizing different reform policies and reform sequences variables by institutional, economic and political determinants. Namely, the instrumental variables we use are: the democracy indicator, the legal origin, natural resources rents as % of GDP and the independence year.

According to our preliminary findings, the establishment of IRA has higher impact on the performance indicators when the dynamics is taken explicitly into consideration. The pre-existence of an IRA, prior to privatization and competition, matters. Such results are of great importance for policy makers in MENA developing countries, since it confirms that setting the rules for the regulatory framework is a priority; and the main concern for policy makers should be the guarantee of its credibility and effectiveness. Thus, it should be able to encourage new entrants and positively impact the sector performance.

Focusing on the Regulation-Privatization sequence, we find that, although the privatization alone has a negative effect on the fixed access, this sequence helps eliminating the negative effect of privatization on the fixed access. Thus, an IRA provides investors with credibility and confidence before entering the market. Also, it is important since a regulator in place mitigates the harmful effects of exclusivity periods and serves as a guarantee that the privatized incumbent would not restrict output if it not is profitable for him. However, the prior existence of a regulator leads to an increase in fixed prices, which implies that the prices would remain high due to privatizing the incumbent operator. Although this effect has a negative impact on consumers, IRA would give incentives for investors to enter the market by increasing prices.

The sequence between regulation and competition has no significant effect on the access, so, the prior existence of IRA is not efficient in setting the rules that would facilitate the entry of new competitors in the market such as interconnection agreements, licensing conditions… Moreover, the prior existence of a regulator seems to reduce telecom productivity. This negative effect may suggest some regulatory capture phenomena. Thus, these results reflect the importance of institutions to set the market rules since the incumbent can represent a high barrier for new entrants by preventing interconnection, by adopting vertical price squeezing or by capturing the regulator in place. It is obvious that without an IRA, no incumbent operator would allow competition, since it would not be profitable for him; however, IRA efficiency needs to be more improved.

[1] Concerning the third sequence of privatization and competition, no country in our sample introduced competition in the fixed segment before the privatization of its incumbent operator. Thus, the effect of such variable could not be statistically tested. 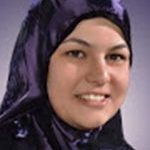 Riham Ahmed Ezzat is a PhD candidate at Centre d’Economie de la Sorbonne, University of Paris 1 Panthéon-Sorbonne since 2012. In her thesis, she is conducting different empirical essays on the telecommunication sector in MENA countries. She is also a Teaching Assistant at the Economics department, Faculty of Economics and Political Science, Cairo University. She holds her Master degree in Applied Economics from the University of Paris 1 Panthéon-Sorbonne in 2012 and obtained her Bachelor degree in Economics from Cairo University in 2011.

Presentation given by Riham Ahmed Ezzat

INTERVIEW AT THE CONFERENCE